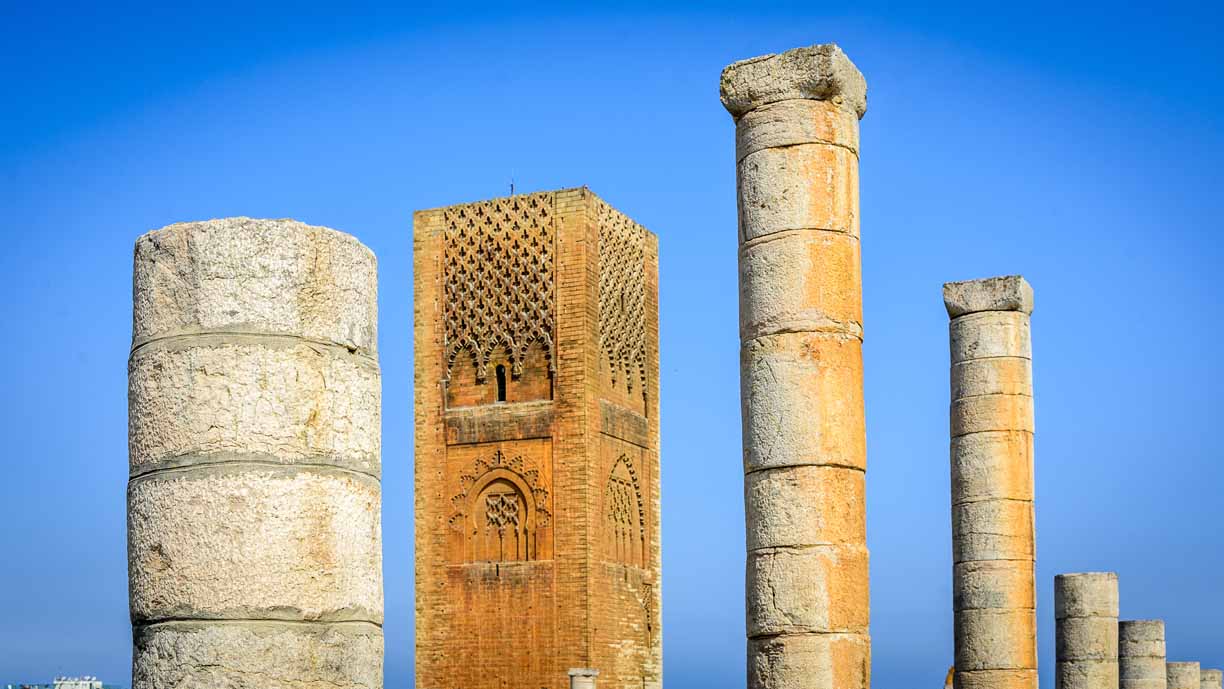 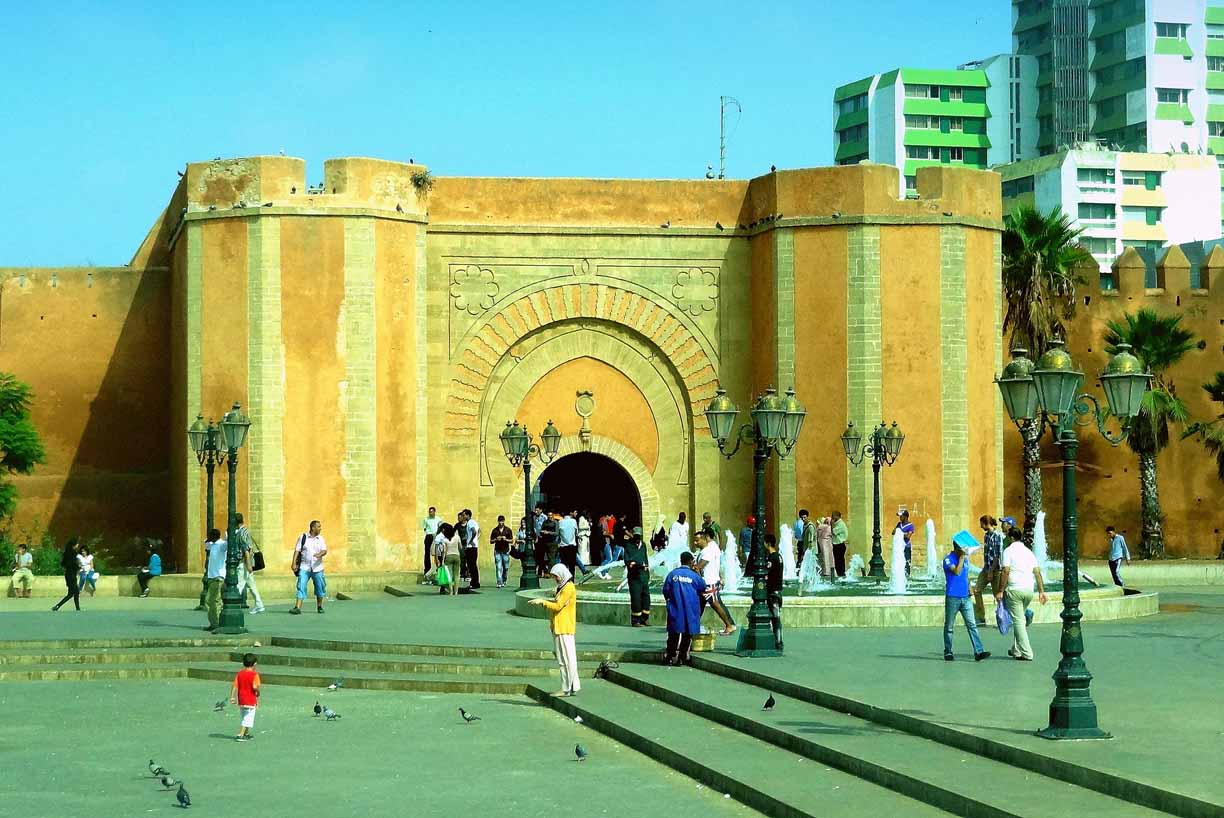 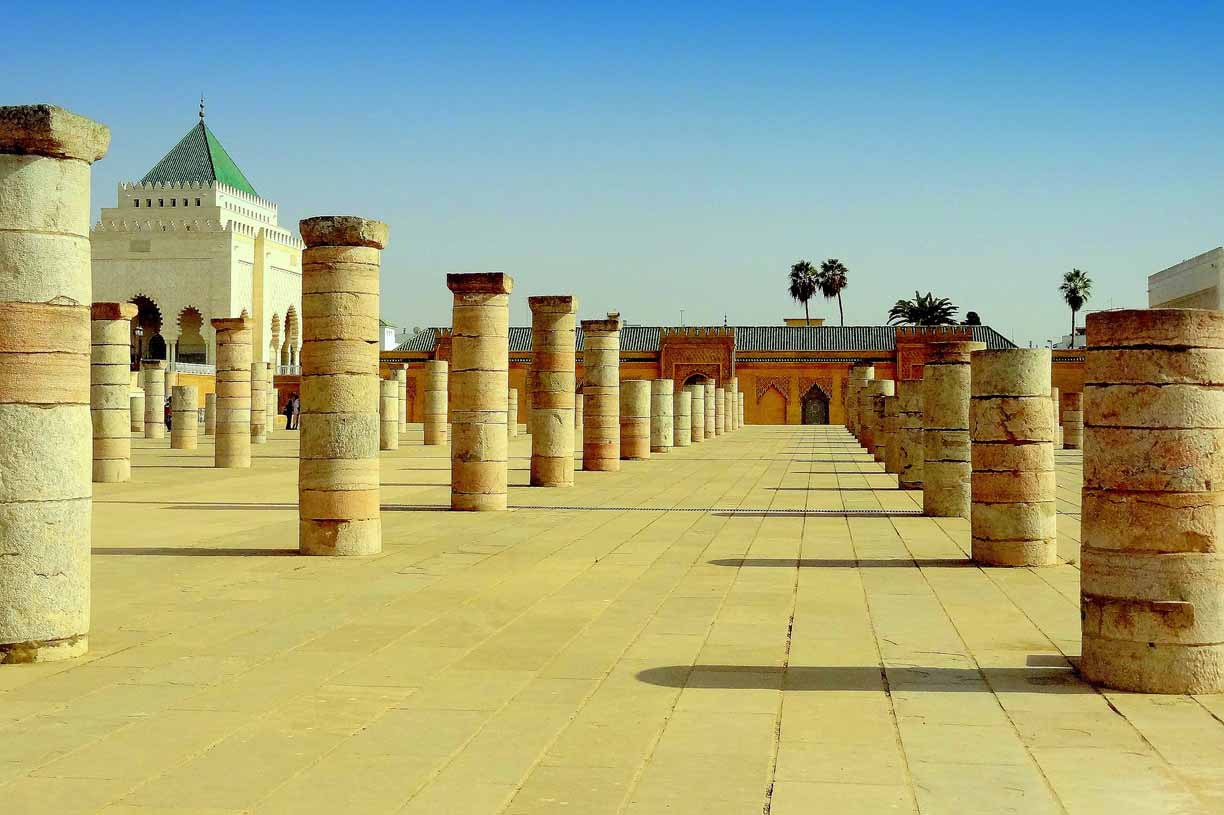 Early morning and after a mouthwatering breakfast, pack up to embark on this lifetime excursion that covers Rabat, the Moroccan kingdom and one of the county’s most imposing cities.

Rabat was founded by the Al-Mohadin in the 12 century; today it is the second largest Moroccan cities with approximately 1.5 million people.

Aside from of being the kingdom’s political and administrative capital, Rabat is very famous for textile handwork, as it boasts a tremendous number of breathtaking sights and attractions.

Our excursion takes us to the exquisite Shallah, a small magical city stands at the mouth of Bou Regreg River, dates back the 6 century. The site contains a public square, baths and a major temple.

The Hassan minaret, an historic masterwork and an integral part of Morocco’s architectural heritage.

The Hassan tower was designated as a UNESCO World Heritage in 2012.

The old Medina, the mausoleum of the late king Mohammed V, the Royal Palace, and The magnificent Kasbah of the Oudaya are also not to be missed.